This year, the school had outstanding keynotes from Frank van Harmelen from the Free University of Amsterdam and Chris Welty and Lora Aroyo from Google. Frank was behind many of the major foundational elements of the Semantic Web stack, Lora led a variety of large EU projects in the cultural heritage domain and Chris was a member of the original IBM Watson team. 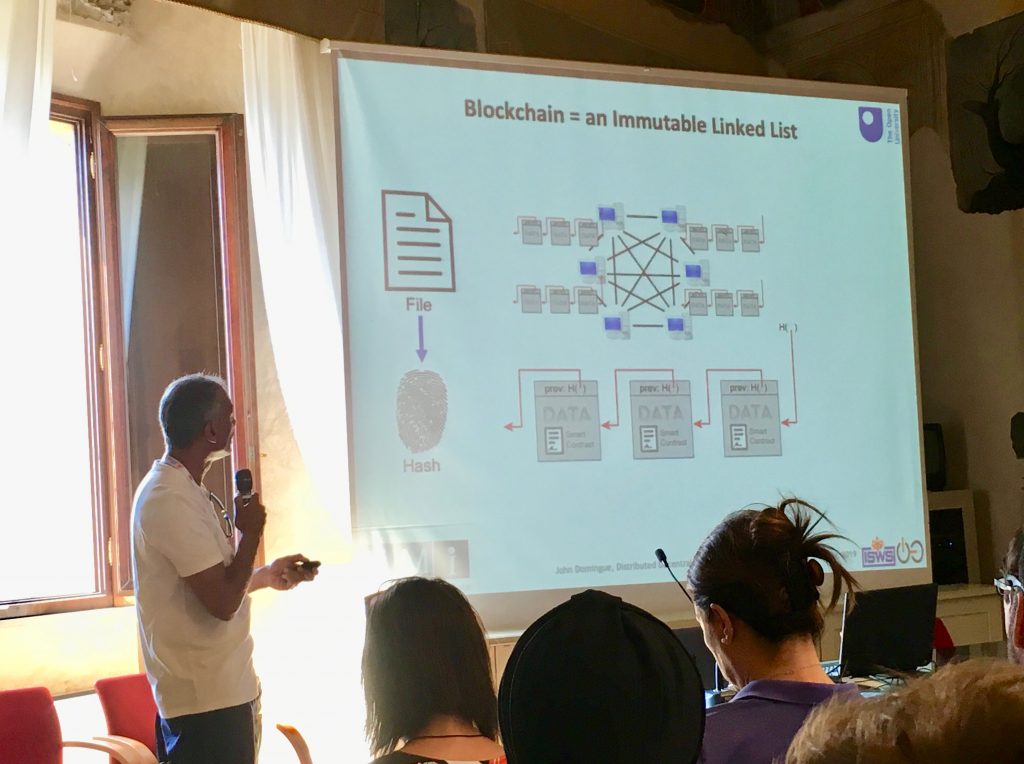 In his tutorial John provided an overview of Distributed Decentralised FAIR Knowledge Graphs. The talk highlighted how decentralised technologies such as Blockchains and the Solid platform, from Sir Tim Berners Lee, can lead to a future where data is owned, controlled and managed in a more equitable fashion. John also presented the notions of FAIR ‘TRADE’ (TRustable, Autonomous, DistributEd) framework for assessing decentralised data solutions, the framework can support the preservation and evolution of FAIR knowledge graphs in a trusted decentralised manner.

This year, the school was attended by 10 tutors and 62 students (selected from 101 applications) from around the world. At the beginning of the week, the students were divided into 10 Research Task Forces. Each Research Task Force consisted of 6 – 7 students and were led by a tutor.

A common research problem was assigned to all research task forces – Knowledge Graph evolution and preservation – that is to carry out a research investigation into the evolution and preservation of Knowledge Graphs. After a week of a super-intensive learning and work, incorporating lectures and keynotes, each group was required to deliver a research report, 10-minute presentation of their work and a novel video.

KMi member Alba Morales participated during the School’s first day in the School Poster Competition where she presented the initial results of her PhD research in a poster entitled: “Towards privacy-aware intelligent systems for emergency response”. Alba’s research goal is to analyse the privacy issues that Information Systems face when exchanging data with public services and informing the knowledge requirements for a solution that only allows valuable and minimally sensitive information to be exchanged. Alba won the first prize for the best Newcomer Poster, also contributed towards the success of her group ‘Klingon’. Overall her group was very successful: they received awards in two categories – 3rd Best Research Report and Best Video. Within their project, the Klingon group proposed a four-step human-in-the-loop framework to handle implicit bias in knowledge graphs – the framework was based on the concept of capturing provenance data around who agrees and disagrees on elicited statements. 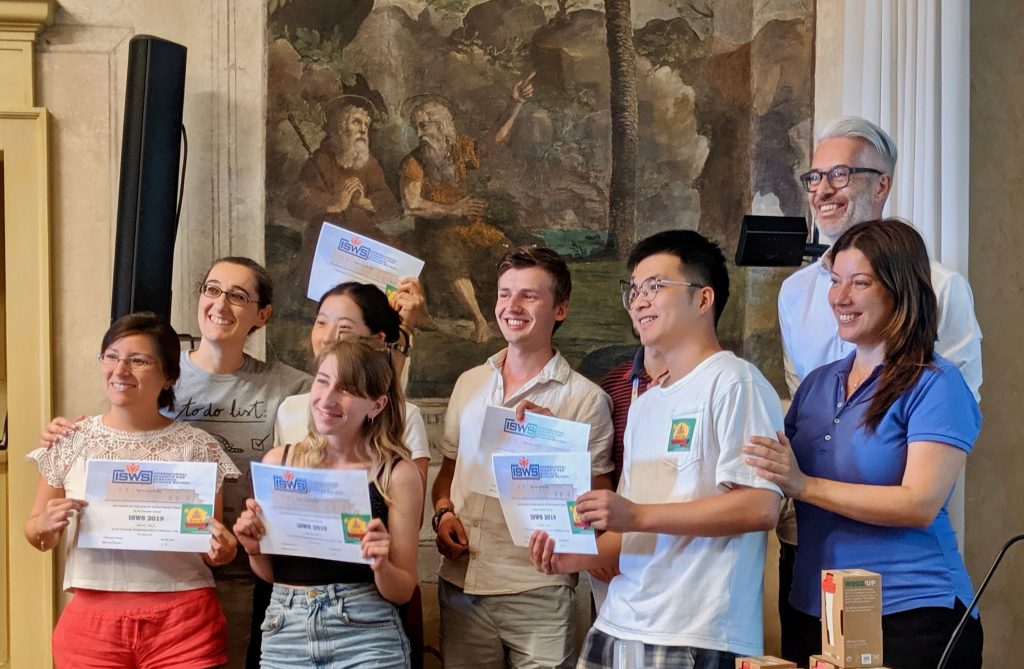 Alba (first from left) and other members of team ‘Klingon’ collecting their awards.

Yet again the ISWS Summer School has proven to be a success and yet again KMi has participated fully with our PhD students winning prizes confirming our leadership position in the Semantic Web/Linked Data/Knowledge Graphs community. We are already looking forward to next year to see if we will make it three in a row.